In the post-war years, as more families started traveling the United States by automobile,  Las Vegas proved to be a requisite stop along their way.

Clusters of motor courts and motels (motor + hotel) popped up along east Fremont Street and to the north and south on Las Vegas Blvd. to meet the need for inexpensive lodgings.

In an effort to attract customers and stand out from the crowd, motel owners came up with some pretty creative identities and unique roadside signage. During the Atomic Age  especially, many went full-on Googie  with their elaborate neon designs.

Today, much of what used to populate the south Strip area has been bulldozed but there are pockets of mid-century marvels still standing on the north Strip (north of West Sahara Ave.) as well as on east Fremont Street and its surrounding areas (if you don’t mind a little urban exploration). The Neon Museum  is also a great resource!

The city’s Historic Preservation Commission has been looking into saving what remains of these cultural jewel boxes (as dilapidated as some may be) and possibly restoring them to their former glory days in a continuing bid to revitalize the downtown area.

For an in-depth look at Las Vegas motor courts and motels, we highly recommend checking out the website: Las Vegas Motels – Then & Now. 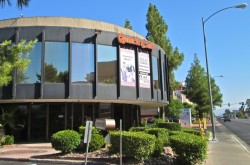 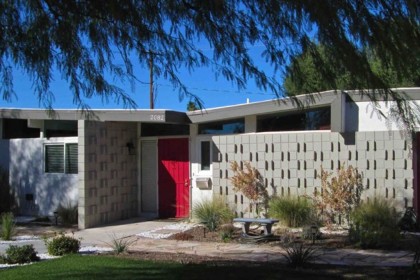 Mid-century/desert modern houses For a city that’s fond of bulldozing its past, Las Vegas has a surprising number of neighborhoods that have been designated “historic,” and although that doesn’t mean they’re… Read more…