Designed in the streamline moderne style by one of the most prolific theater designers of the mid twentieth century, S. Charles Lee, the Huntridge Theater opened its doors in 1944 and was an immediate success, screening movies to the public – in one form or another – for nearly 50 years.

Through the 1990s the theater was supported by the non-profit group “Friends of the Huntridge” and became a  popular venue for live alternative rock bands, but in 1995 just hours before The Circle Jerks were to perform, the theater’s roof collapsed, shutting it down for nearly two years.

Although the Huntridge Theater had been placed on the National Register of Historic Places in 1993, and later divided its time between hosting bands and film festival fare after the roof collapse, it never fully regained momentum once being purchased by new owners in 2002.

Its doors have been shuttered since 2004.

For updates on The Huntridge Theater and how to help preserve its historic legacy in Las Vegas, visit TheHuntridgeFoundation.org. 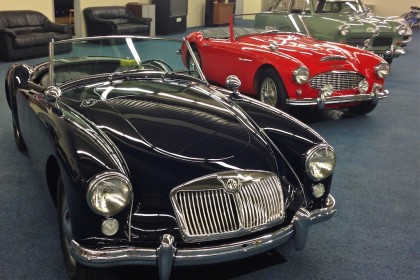 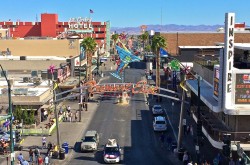