Engineer Bogue Babicki used suspension bridge principles and hung the building’s 9 occupied floors from thin steel cables draped over a 12-story concrete core giving it greater earthquake resistance, clear views from below, and an appearance that would later become a city landmark.

Architectural firm Rhone & Iredale even received a “Design in Steel Award” from the American Iron & Steel Institute for its innovative use of materials during construction of the building.

In 1996, the City of Vancouver’s Heritage Conservation Program designated it an historic site and today the unique International Style monolith is no longer known as the Westcoast Transmission Company’s headquarters, but rather, as a residential apartment building called The Qube since its condominium conversion in 2005.

Some of the converted condos are available as vacation rentals on sites such as airbnb and VRBO for modernists looking for a central base from which to explore the city. 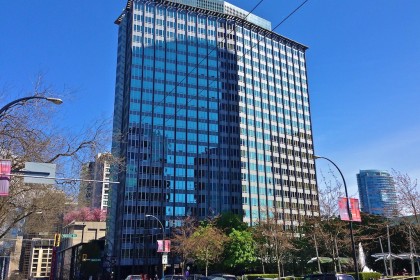 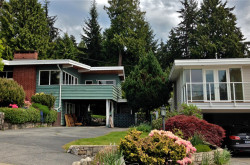 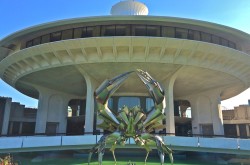