This simple two-story circular building acted as developer Irwin Molasky’s unique base of operations from where he oversaw the 1960s development and construction of his master-planned community, Paradise Palms, adjacent to the Las Vegas National Golf Course.

The round, smoked glass structure – now used for medical offices –  is hard to miss when driving along S. Maryland Pkwy., but it’s not the only distinctive building on the property.  Behind the Molasky Building are two beautifully unadorned elevated cubes (also medical offices); classic International Style.

Bonus building, sort of – There used to be a single story mid-century glass jewel box next to the Molasky Building, but this being Las Vegas it was knocked down in 2010 in favor of extra parking stalls. 🙁 Click here to see an archived Google map image from 2007. 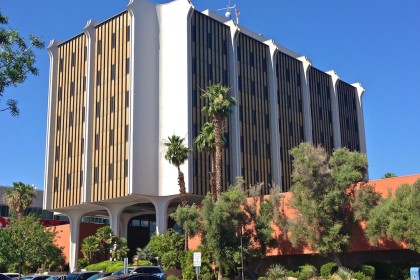 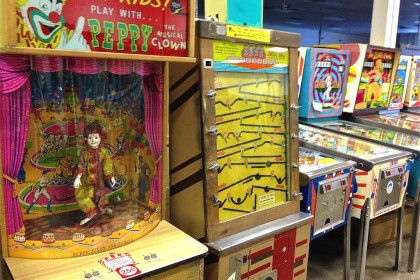 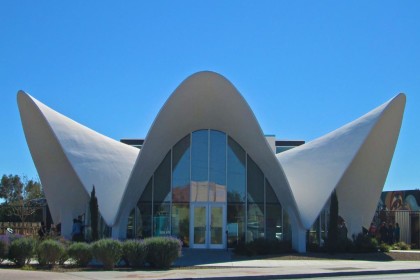 Mid-century/googie buildings Currently pulling double duty as a Visitors Center and the gateway through which guests can enter the Neon Museum’s “boneyard,” the La Concha Visitors Center started out as… Read more…