Located on the windward (eastern) side of Oahu near Kaneohe, the Valley of the Temples Memorial Park, best known for its 1960s replica of the 11th Century Japanese Byodo-In Buddhist Temple, was founded by real estate magnate Paul Trousdale (Racquet Club Garden Villas, Trousdale Estates) in 1963 and is the final resting place for thousands of island residents.

The Funeral Chapel too, with its modernist take on the popular church A-Frame, is exquisite and – not to overstate it too much –  a revelation, set against the backdrop of the beautiful Ko’olau mountains. This place is a real must see! 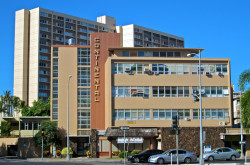 Mid-century modern buildings As demand for office space increased in Honolulu during the booming 1950s, low-rise buildings gave way to mid-rise construction before the high-rise boom of the 1960s. Read more… 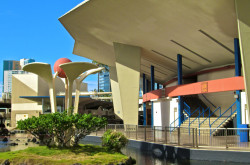 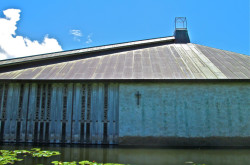