Located at Queen Elizabeth Park, the Bloedel Conservatory’s triodetic dome consists of over 1400 acrylic bubbles and an aluminum frame supported by a Brutalist concrete perimeter; the first of its kind in Canada and all very futuristic  when it opened to the public in 1969.

Its designers, Underwood, McKinley, Cameron, Wilson and Smith, structural engineers Thorson & Thorson, and Van Construction (who worked with Arthur Erickson on many of his iconic designs) were tasked by the Vancouver Parks Board to develop the site in order to help celebrate Canada’s 1967 Centennial while thematically conveying man’s connection to nature.

Through the landscaping of the Conservatory’s adjoining modernist plaza which features surging fountains and an eye-catching Henry Moore sculpture (Knife Edge Two Piece, 1962-65), they’ve done just that, and despite the plaza’s makeover in 2006 which softened its modernist appeal, we highly recommend a visit, not only to the Conservatory but also to beautiful Queen Elizabeth Park; a former quarry which was transformed by Parks Board Deputy Superintendent Bill Livingstone during the late 1950s.

Seasons in the Park restaurant – adjacent to the Conservatory, and opened in 1973 as The Quarry House – is also worth a look for its sublime views and retro vibe.

The Bloedel Conservatory hosts over 500 tropical plant species and dozens of exotic birds. It was funded by timber magnate and philanthropist Prentice Bloedel and received the Vincent Massey Award for Architectural Excellence in 1971, as well as earning a spot on the Canadian Register of Historic Places and Vancouver’s own Heritage Register. The Conservatory’s original triangular bubbles were replaced with shiny new ones in 2014.

The park’s surrounding neighborhood of Riley Park-Little Mountain once flourished with mid-century split levels and ranchers but encroaching redevelopment of the area has seen many of these gems razed in favor of high density condominium blocks. There are still a few treasures nearby if you feel like wandering. 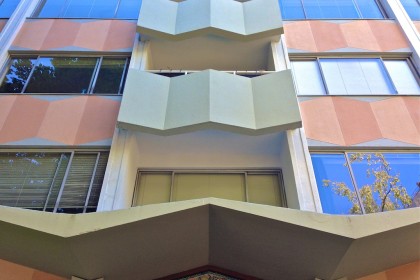 Mid-century residential buildings From streamline moderne to dingbats to high-rises (including the Ocean Towers) and everything in between, the seventeen square block area “West of Denman” – bordered by Stanley Park,… Read more… 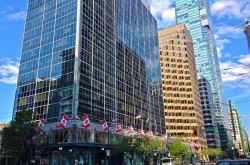 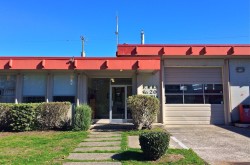