Their innovative vision; to make affordable desert housing for the masses from prefabricated all-steel and glass components that could be assembled on site.

They might have succeeded too if it hadn’t been for the jump in steel prices which made the builder balk, shutting down construction before the rest of their planned 38 homes could be built.

Since then, all seven homes have been restored and are now referred to as the “Wexler Steel Houses.”

Class 1 Historic Site status was granted to all the houses in 2001, and in 2012, Steel Development House No. 2 (3125 N. Sunnyview Dr.) became the first mid-century modern structure in Palm Springs to be listed on the National Register of Historic Places.

For an interactive map of all Palm Springs neighborhoods, click here. ..and as always, be respectful of homeowner’s privacy. 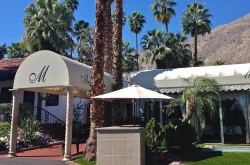 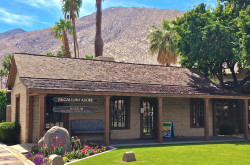 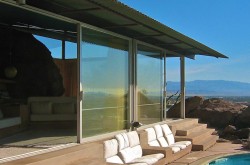