Built in the 1930s and expanded to its current footprint in the early 1950s, The Palm Springs Rendezvous (originally known as the Mira Loma) served as a haven for Hollywood stars such as Marilyn Monroe, Veronica Lake and Gloria Swanson back in the day.

Today, 10 updated modern themed rooms, with a “tip of the hat” to the past, surround a central pool area where three course breakfasts in the morning and cocktails in the evening are the norm for pampered guests.

This classic little mid-century getaway is located north of the Uptown Design District adjacent to the  El Mirador neighborhood. 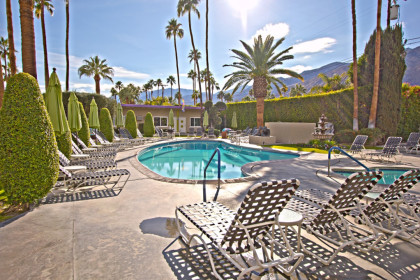 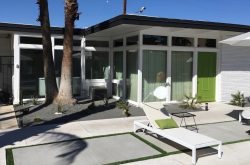 Mid-century Accommodations Located in the Historic Tennis Club neighborhood just steps from busy Palm Canyon Drive, this intimate hotel was designed by Herbert Burns in the early 1950s and has… Read more…