Although mid-century modern, specifically, isn’t the first thing that comes to mind when thinking of the stylish Parker Palm Springs, the hotel actually began its evolution in 1959 as California’s first Holiday Inn.

Purchased two years later by cowboy actor Gene Autry, the Melody Ranch, as he called it, changed hands in the 1990s and was converted to the Givenchy Hotel & Spa. It would later become a hot spot for celebrity sightings when TV host Merv Griffin took over, and then in 2004 it was transformed again by hotelier Jack Parker and designer Jonathan Adler into the Parker Palm Springs.

Today the Parker is a fun, quirky, unique and secluded destination property that sits on 13 acres of creatively landscaped grounds and boasts one of the best modernist breeze block facades in town! 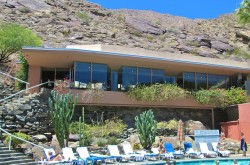 Mid-century/desert modern buildings Originally built in an Italian monastery style, the 1947 modernist additions to the Palm Springs Tennis Club have been cited by critics as a “successful example of… Read more… 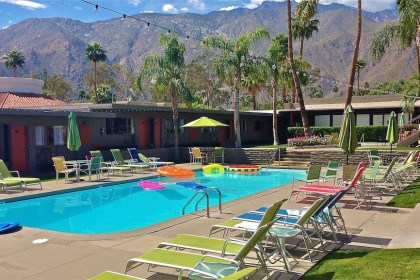 Mid-century accommodations Originally opened in 1955, this fashionable boutique hotel has been restored to its former glory and then some; a private Oasis for young modern scenesters just north of… Read more… 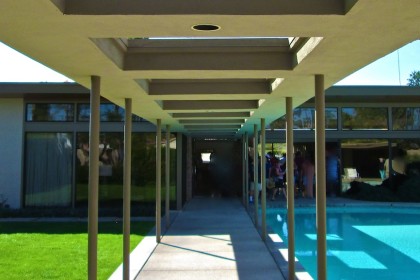